Register your online account for a chance to win £100

Use your Clarion account to quickly request repairs, contact us and make secure payments 24/7. Register for a chance to win a £100 Love2shop voucher. Terms and conditions apply.

Bringing the community together in Hertsmere

Many residents living in Cowley Hill, Borehamwood, attended a partnership event to reconnect with their community and work with local agencies to improve the area.

As Covid restrictions were being relaxed, the event provided an excellent opportunity for local residents to reacquaint with old friends, as well as meet new people. Children participated in fun activities, which ranged from arts and crafts sessions, to sports games and coaching, with many children signing up to continue these activities in the future.

Clarion Futures and The Department of Work and Pensions were also on hand to give out advice on employment opportunities, training and grants. Complimentary food and drink was offered and two residents signed up to join the Resident Involvement Team.

Representatives from local agencies were also on hand to listen to and address local residents’ concerns, such as anti-social behaviour. By discussing the issue together, it was hoped a joint approach would help combat some of the concerns identified.

These included upgrading two CCTV cameras, and installing four more where residents thought it would make a difference. Planters on Leeming Road have been lowered and sloped so as to make it uncomfortable to sit on, which it was hoped would discourage loitering.

The event was a great way to bring the community together after a long lockdown. Residents were able to voice their concerns, and suggest improvements, as well as being involved in implementing some of the solutions they had put forward.

Another follow up event is being held on Saturday 2 April at Brookmeadow Park (next to Belford Road), WD6 4JZ, with resident feedback being taken into account. 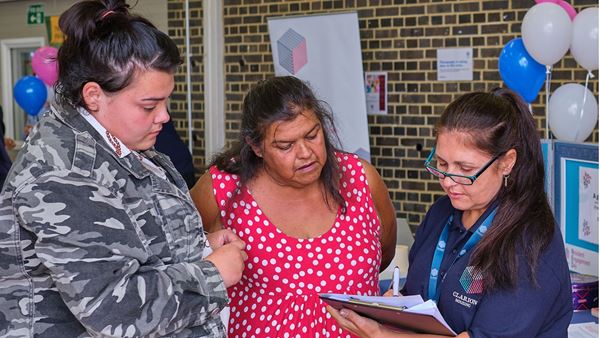 Enjoy family fun and give feedback to your housing team.

How to manage your home, from moving in to making payments.

See how you get make the most out of community life.

Essential home safety advice and how to request a repair.