How we can help with difficult neighbours

When you’re struggling with an antisocial neighbour, it can be hard to know what to do. Here’s how we can help.

It’s important to try to get along with your neighbours as much as possible, not least because you’re likely to see or hear them every day. But on occasion, problems can arise with behaviour that might be considered antisocial – from loud music to vandalism or abuse. Rest assured, if you’ve ever had a problem with your neighbours, you’re far from alone.

It’s important to us that you feel safe and comfortable at home, so if you are having any issues, we’ll try to help you to sort out the problem. Often, that will involve partner organisations like your local council or police.

However, we’re often unable to step in right away, so it might be better to contact your council or the police before you contact us. And we may ask you to gather and provide more information, like a diary recording any issues, which can also take several weeks.

Below, we share the real stories of two Clarion residents who had problems with their neighbours and the steps taken to resolve them. 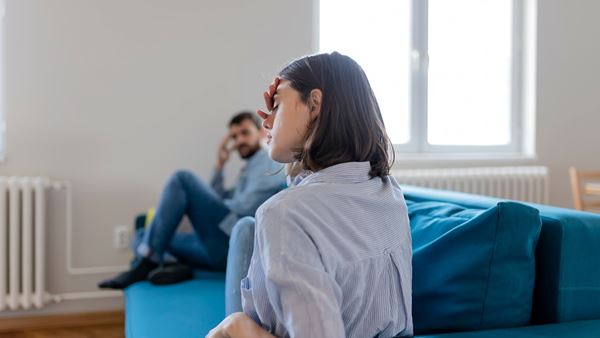 Antisocial behaviour is behaviour that is disruptive to you, the people around you, or your local community.

Andrew had always got on well with his elderly upstairs neighbour. But, when the time came for his neighbour to move to a care home, a new tenant moved in called Brian.

Brian was a lot noisier than the previous tenant and liked to play music loudly that Andrew could hear in his flat. Initially, the music was only during the day but then Brian began to play it at night, sometimes until after midnight. After a few weeks, Andrew decided to phone our customer services team to complain about the noise.

The team was glad Andrew got in touch and made a record of the complaint. As it was the first time Andrew had complained, he was advised that for now the best thing to do was to speak to Brian directly, so long as he felt safe doing so. Andrew agreed that this was a good idea and was asked to get back in touch with us if things didn’t improve.

Andrew spoke to his neighbour about the loud music. Brian was friendly and sympathetic, though he didn’t think his music had been that loud. He said he’d keep the volume down in future and, at first, things seemed to improve. But by the following week, the noise was just as bad and Brian refused to talk to Andrew about it again.

Frustrated, Andrew phoned us again. The customer services team took down the new details and could see in the records that another neighbour from the same block had made an antisocial behaviour complaint about Brian’s music using the Clarion website.

Because we now had multiple complaints, from different households, we were able to escalate the case and take action.

Our tenancy specialist team spoke to Andrew and the other neighbour who’d complained and asked them to keep a diary recording the times and details of noise issues for the next ten days. They were also asked to register complaints with their local council’s environmental health team, as ultimately, noise issues are the responsibility of the council.

Once these complaints had been registered, our tenancy specialist team spoke to the council’s environmental health team about the problem. It was arranged for Andrew to have a microphone installed in his flat for five days to record the noise coming from upstairs.

Ten days later, the council’s environmental health officer and our tenancy specialist team had all the information they needed to speak to Brian about the problem. The diaries and recordings showed clear evidence of excessive noise late at night.

When they spoke to Brian and played him the recordings, he was apologetic and really surprised at how loud his music had been. He agreed to keep the volume down and not to play it late at night.

Since then Brian’s music has been kept at a sensible volume and Andrew hasn’t had any more problems.

“It was arranged for Andrew to have a microphone installed in his flat for five days to record the noise coming from upstairs.”

Lisa could often smell cannabis in the communal hallway of her block of flats. Although Lisa tried to ignore it, the smell was constant and very strong, and she began to feel embarrassed when she had visitors.

Lisa suspected it was their neighbour Michael, another Clarion tenant, who was smoking cannabis. She decided to submit an antisocial behaviour form online.

Our tenancy specialist team contacted Lisa and asked her to keep a diary for two weeks, noting the times and places where the cannabis could be smelt. Meanwhile, the team checked with other neighbours to see if they were having the same issue. One other person in the block had smelt cannabis, but did not know who was smoking it.

We contacted the police to let them know of the allegation that a resident was using drugs. But because there was no evidence of drug dealing and the allegation was about personal use of a Class C drug, the police were unwilling to get involved. Our legal team agreed that taking further action would have been inappropriate and unlikely to succeed.

However, a police community support officer agreed to accompany our team to talk to Michael. He was a bit annoyed at the interference, but admitted he smoked cannabis to help with a medical condition and said he would limit his use at home and to try to get rid of the smell.

This mediation didn’t get rid of Lisa’s problem, but things got a bit better as Michael did stick to his word and amend his behaviour over the following weeks.

This case showed how difficult it now is for housing associations like Clarion to take action on personal cannabis use, with the legal situation sometimes leaving all parties feeling frustrated. We try to help all our residents live their lives without impacting on each other but, as this case shows, it can be challenging to achieve.

Find out more about antisocial behaviour

Citizens Advice – Complaining about your neighbour

Regardless of which agency is investigating an antisocial behaviour case, the Community Trigger (also known as an ASB Case Review) is a process that allows you, or someone acting on your behalf, to ask for a review of the responses to your complaints.

You can use the Community Trigger at the same time as following up an antisocial behaviour complaint with Clarion or another agency.

The trigger should only be used if no action has been taken as a result of you repeatedly reporting antisocial behaviour.

Community Trigger processes are run by local councils. You’ll find information, including how to apply, on your local council’s website.